This is a reprint of our review from the 2016 Sundance Film Festival.

It’s so easy to fantasize about Viggo Mortensen as the kindly patriarch of a reclusive survivalist family. He would be a stern but compassionate taskmaster to a gaggle of a half dozen children. They’d train to fight but also learn to think, and the gang would celebrate the birth of Noam Chomsky as they listened to Bach. No “occupying buildings on federal land” silliness for this crew; no weird sex stuff. Their family would be cultured and morally upright in their isolation.

Find this fantasy appealing? Rejoice: “Captain Fantastic” puts that dream on screen. Mortensen stars as Ben, the leader of this cult — sorry, family — of seven. The opening scene features the whole family painted in mud, observing as eldest son Bodevan (George MacKay) stalks and kills a deer in a maturity ceremony. So you can see where the word “cult” might come to mind.

The lead role fits Mortensen like a glove, and he’s surrounded by a very capable supporting cast. “Captain Fantastic” uses bleak but gentle comedy to pinpoint the variety of ways we wrestle with grief, but the film undermines Mortensen’s performance and its own thematic ambitions by presenting the character as little more than an idealized fantasy figure.

Ben’s kids are extraordinarily well-read, but they have no idea how the world works. Bodevan can kill wild game with a knife, but he freezes rather than flirts when a girl is nearby. None of the kids can have a basic conversation with anyone outside their clan because they have no common ground with anyone else. Bodevan wants to go to college but hides his acceptance letters, knowing how much resistance he’ll face from his father.

A larger black cloud hangs over the clan’s shiny happy woodland existence. Ben’s wife, the children’s mother, has spent months away in some sort of treatment. Then a phone call delivers bad news: mom has committed suicide. The news sends the family into fits of grief, but thanks to Ben’s steady paternal hand and rigorously analytical child-rearing, the kids are not adrift in their sorrow.

There’s one more problem: Jack, the father of Ben’s late wife, hates Ben and the life he’s made. Frank Langella locks in a stern glower to play the grieving man as a wealthy and well-connected pillar of the community. He’s got cops on speed-dial and a McMansion on a golf course. Jack forbids Ben and the family to attend the funeral but the widower, struggling with his own feelings about his loss and clutching his wife’s Buddhist will, loads the kids into their big blue bus and sets off for the service in New Mexico. 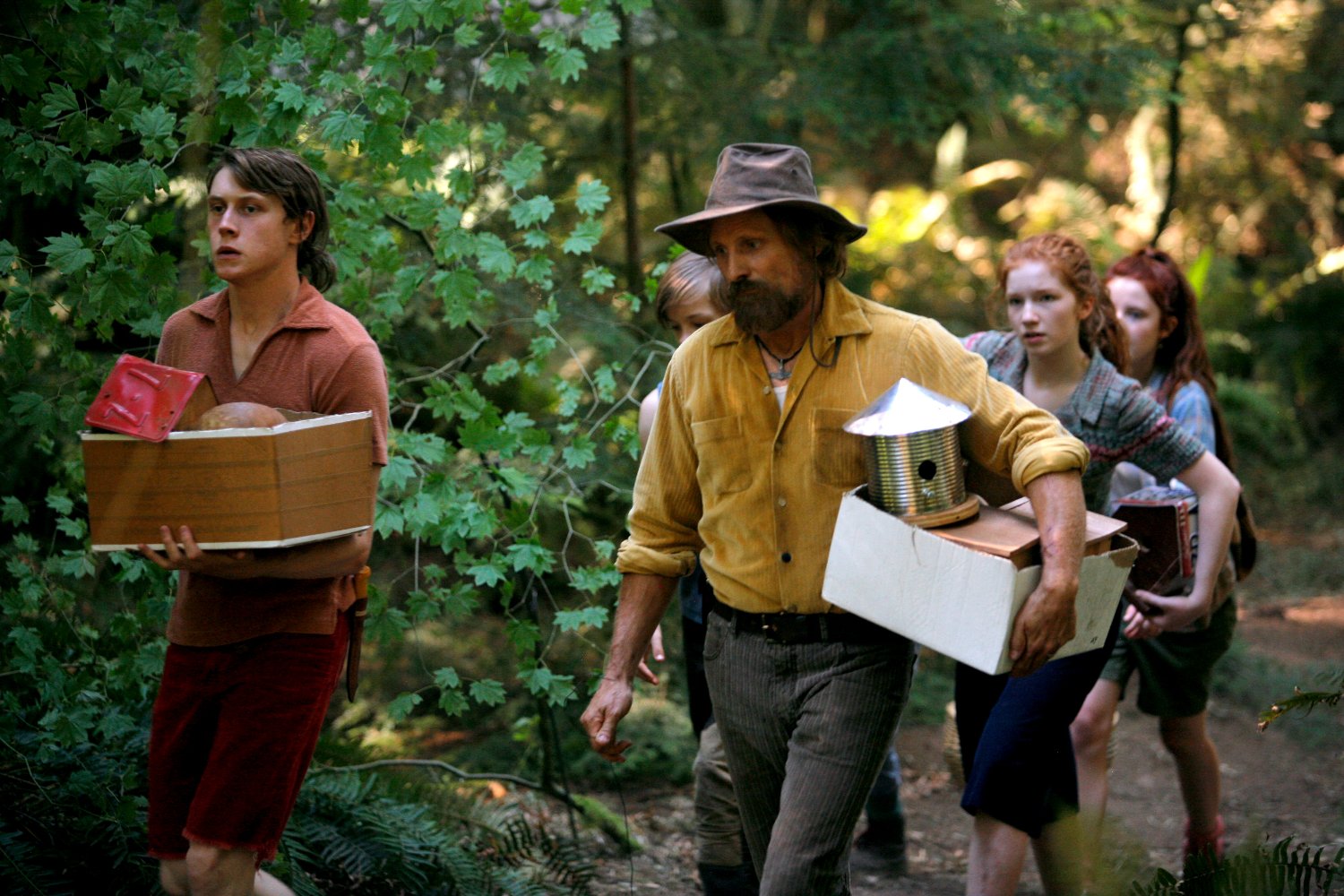 Mortensen’s own renaissance man characteristics segue seamlessly into Ben’s intellectual idealism. He crafts every beat of this character seemingly without even trying; his may be the most seemingly-effortless performance at Sundance this year.

Ross isn’t quick to build momentum, but once the road trip is underway and his ensemble is all together in that bus, an easy, contagious energy glows from the screen.

The fantasy turns sour when “Captain Fantastic” lets its smug flag fly. “We don’t laugh at people…” insists Ben during the road trip “…except Christians.” (Note: Langella’s Jake is attempting to give his daughter a Christian burial. We get it: this is the bad guy, basically the establishment, and geez, a Christian, too? The utter horror!)

When a relative (the hard-working Kathryn Hahn) questions Ben’s parenting methods, he summons her two teen children. Questioned on the Bill of Rights, they mumble inane responses. But Ben’s 8-year old son can recite the text verbatim, and even give his own analysis of the document’s meaning and importance.

That scene might work if the script didn’t set up everyone outside Ben’s immediate circle as either a shrill and dull-witted establishment suck-up or a mean-spirited crony of some capitalist social order. Hahn and Langella work to give their roles some dimension, but “Captain Fantastic” is really only interested in mythologizing Ben, even when he’s making mistakes, and is downright dismissive to others when it can get away with it.

That smugness soon transitions into dishonesty, leaving the film feeling flat-out phony. While “Captain Fantastic” knows that some of his ideas are impractical at best, and maybe even dangerously ill-considered, plot threads that could lead to consequences for Ben are ultimately set aside as the script swerves back into happy fantasy territory.

“Captain Fantastic” looks terrific, and from the perspective of craft is well-made overall. Cinematographer Stéphane Fontaine (Jacques Audiard‘s “A Prophet“) has many angles to cover, given that Mortensen and all six children are often all active players in a scene. Fontaine and Ross cover everyone well, highlighting the great performances from the kids (or those playing kids; MacKay is 23) and keeping Mortensen at center stage without giving the sense that anyone else is being marginalized or forgotten.

Ultimately, however, there’s the sense that all of Ben’s sins are forgiven because he’s just so cool. Gestures towards a consideration of the ways we deal with grief, and the ways we handle one another as we face problems, mean a lot less than the fantasy portrait of Ben’s intellectually superior family. It’s a great fantasy, sure, but one we suspect the sharp-minded Ben would probably hate. [C]


Connect with The Playlist